How To Survive Being Homeless in Real Estate 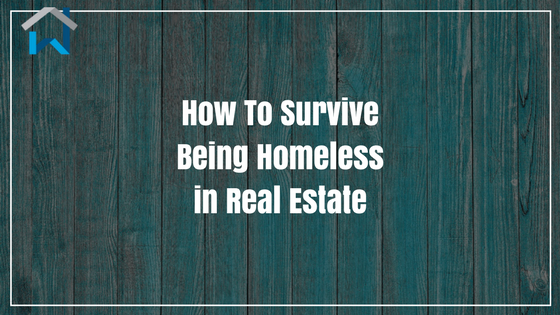 Just when you think you have a run of the mill, ordinary closing, you’re taken off guard by a case of Murphy’s Law. (And I’m not talking about my dog, Murphy!)

Not familiar with Murphy’s Law? “Anything that can go wrong, will go wrong.” And, sometimes it happens in real estate transactions. Anyway, this is the story of one of our clients who survived being homeless in real estate. (Spoiler alert – this story has a happy ending.)

It all started about a year ago when Jess met Kelsey. Kelsey was looking for a place that she and her daughter Kya could call home.

And, naturally, they had dreams of getting a dog. (Who doesn’t??)

Jess worked with Kelsey and they took their time looking for just the right place. In late summer/early fall, Kelsey made an offer on a fixer upper. They negotiated a good price with closing costs, and felt pretty good about the deal.

That was when the trouble started.

Kelsey had a home inspection (smart!) and the inspector found that the windows were rotten. That was probably the biggest issue, but not the only problem. Instead of boring you with the details, we’ll just say that we negotiated some cash from the seller to get the priorities fixed after closing.

So, once you get through a home inspection, it’s time to get the appraiser out to the house. The appraiser is hired by the bank (although you get to PAY for the appraisal) to go check out the house and do some calculations to make sure the house is really worth what you’re paying. The appraisal is supposed to protect you, the consumer, from making bad investments. But, it also protects the BANK from making a bad investment in you. Regardless, it’s required when you get a loan so it has to be done.

Then, the appraiser decided the house wasn’t worth the great price we’d already negotiated. We couldn’t believe it – he was $13,000 low on the already low price we had agreed upon. At the end of the day, the low appraiser benefited Kelsey, but it did require some extra negotiating. We got the seller to agree to the $13,000 price reduction and forfeited the closing costs and inspection credit. But, in the end that’s still a killer deal, so that worked well.

So, on to closing, right? Wrong.

When Terri (our awesome team assistant) was reviewing the title opinion, she realized there were two mortgages. That’s not uncommon. But, just to make sure no one was surprised, she pointed this out to the listing agent. Well, apparently the sellers didn’t remember the second mortgage (that’s not uncommon either, believe it or not). So, they needed some time to figure out what/where it was.

Meanwhile, you know when you have a closing date, you normally schedule things to MOVE? Kelsey had packed and was ready to roll. When I say all packed, I’m not kidding. She had all her furniture loaded on a trailer and had turned in the keys to her apartment. (This is where the homeless thing really starts to get real.)

That’s when we found out the sellers weren’t going to be able to close on time. (Murphy’s Law is a disaster, isn’t it??)

We originally thought the delay would be just a few days so the sellers could get the documentation together for their mortgage situation. So, Kelsey & Kya stayed with her parents. (Technically homeless, but thankfully with a roof over their heads!)

Then, the WORST happened. The sellers realized the 2nd mortgage was actually something that they did owe and because of that they couldn’t afford to sell it at the deeply discounted price we had negotiated (multiple times). So, they put it back on the market and Kelsey saw no end in sight to her homeless predicament.

Thankfully, I had room in a storage unit so Kelsey was able to stay with her parents and keep her stuff in storage. It took a couple of months but she was able to find another house. This one was easy enough to get through, no real problems to speak of. Although, we were all holding our breath until closing because of the crazy experience she had with the first house!

I told you this was a happy ending.

And, check this little (soon to be big) pup out: 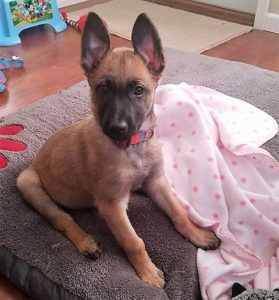 Kelsey and Kya named their new dog Karma. I understand she’s already loving her new family and has them wrapped around her paw.

If we had to do it over again, I think Kelsey would probably not have timed her lease to end at the same time as closing. It’s a good idea to give yourself some room to move and not have the added stress if there’s a delay. Also, when Murphy’s Law kicks in, be on high alert! Otherwise, all’s well that ends well, right?

How to Price Your Home for Sale

Selling real estate for the last 10 years has helped me become an amazing remote worker. I can work...

My Basement is Flooding What Do I Do?

What are the effects of low interest rates for homeowners?